What Barbara is Really Teaching Us – Be Brave 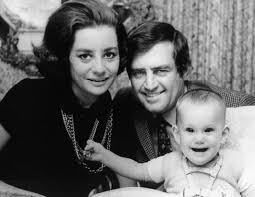 Barbara Walters is using her megaphone to tell us something important.  Can we hear her?  Is she breaking through our armor of modern culture and personal regret to pierce our hearts?  Does she fully realize how important it is and why now is the right time to say it, again, with feeling?!

Her comments are making news now, but there is nothing really new here.  The age old problem is “Sophie’s choice“:  your career (=you) or your kid.  Neither are her comments a sudden revelation in this family.  There has been plenty of struggle for both Barbara and Jackie, especially during the teenage years.

Barbara Walters has had an incredible career spanning ~56 years.  Her story as a mother reads like so many powerful women who leaned in.  Several miscarriages.  Finally got her baby (adopted in this case).  No maternity leave.  Lots of outsourcing.  Plenty of money to pay for the best.  Fame, influence, kudos, accolades, awards galore.  What are we to do with her regret?  Do we chalk it up to choice again, and congratulate ourselves that we made the right one (or worry or hope or fear or get angry…if we’re not sure).

56 years of career.
5 years of early childhood.
That’s 9% of Barbara’s career, but 100% of the critical period when so much was set in motion for Jackie’s emotional wellbeing, her parents’ identity as parents (not just moms), and their lifelong relationship.  Parents open the bank of empathy for their children in early childhood, a bank which sets them up to deposit or withdraw from others personally and professionally for the rest of their lives.

We have research out the wazoo on what children need in this critical period of 0-5 years, and so much of it comes down to something that we’ve known all along:  love, given by the people so blessed to parent a child in this world.  The inconvenient truth is that love takes time.  How much time?  Well, my toddler daughter told me (while on my knees in my closet a decade ago), “I’m okay if you’re gone a day a week; I’m not okay if you’re gone more.”  Whaaaa?!!!!!  That would surely have ended Barbara’s career.

But did it end mine?  No.  So many of us – men and women alike – have the technology we need now to work around giving children what they need in early childhood, as well as making breakfast, packing lunch, meeting young kids getting off a bus, having family dinner, or being around in case teenagers decide to talk.  Entrepreneurship was my out.  Intrapraneurship can be too, if organizations realize the value of taking it.

I’m much luckier than Barbara Walters.  I’m also luckier than Barbara Acho, who faced a choice with a baby Jackie in 1968.  She stayed home.  Were my brother and I all she needed to feel fulfilled?  No.  My mother went back to school when I was 13 and has had a flourishing career as a therapist ever since.  My mom is not a perfect mother or professional; there is no such thing.  But she was brave.  Brave enough to chart a path that was unexpected, to do her best to give her children what they needed and channel her God-given talents into trying to make the world a better place.  Don’t get me wrong.  She was scared – of failing her kids, her potential, or both.  But that is exactly why she had to be brave.

Sophie’s choice is a false dichotomy which values neither children nor women (not to mention leaving fathers out of the picture completely!).  We can be braver than that.

That is what Barbara taught me.